Wisden's Secret is based upon the manuscript volume written in 1863, which I own and from which I can prove, to the criminal law requirements of "beyond reasonable doubt" that to a greater or lesser extent, John Wisden, one time captain of the England cricket team, sporting goods proprietor, and publisher of Wisden's Almanack was not, as is generally accepted, the sole creator of Wisden's Almanack.

I will also show that much of the First edition of Wisden's Almanack which at first sight leaves the reader baffled by the strange conglomeration of material unrelated to cricket, relates to the author of this manuscript: or his life, family, and friends.

Furthermore, I will also show that the evolution of the Almanack's cricket reports from the late 1860's/early 1870's was textually and stylistically mimicking the cricket reports that were first written in this manuscript during the year 1863.

This site will over time include much more than the reproduction, transcription and relevant commentary for this manuscript.

For example a powerful argument (if not proof) will be made to show that the father of the author of this manuscript was the original inspirational source for the character Mr. Darcy of Pride and Prejudice. In 1795 when Jane Austen began Pride and Prejudice this man was a young, single and very rich individual. But that is only the start, there is so much more...

The possible discovery of a previously unknown etching by Rembrandt, the first to be found for over 100 years. 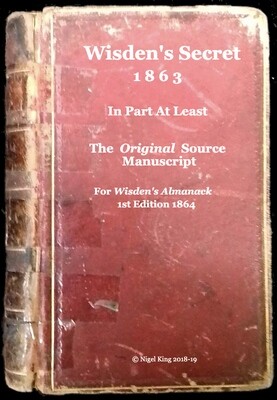 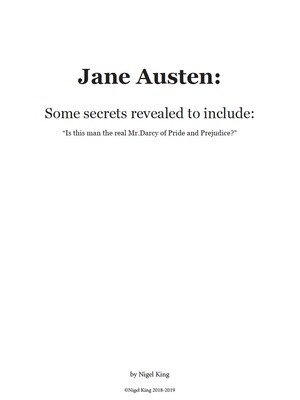